About the hotel Stylish economy hotels

Excellent location of the hotel, on the way connecting Katowice and Żywiec and near the ring road of Bielsko-Biała, guarantees easy access and convenient travel around the region for business or tourist purposes. The hotel has a large car park for over 80 cars.

ibis Styles is a make that stands out by its unique style and ensures the highest standard in line with the Accorhotels chain.

You will feel the spirit of motorization in our interiors. At the doorstep, you will be greeted by our "Little Prince" who will not be forgotten in further nooks of the hotel.

In 1972, the construction of the FSM (Fabryka Samochodów Małolitrażowych) employee hotel started in Bielsko-Biała called Maluch Hotel, then it was supposed to be a city hotel. Finally, in January 1983, the unfinished building was taken over by "Orbis" and in 1985 the building was opened as Magura Hotel.

Key rings for room keys with Maluch Hotel logo and room number, made in the 70s, have been found in the hotel!

In January 1997 the official name of the car was launched: the “Maluch”, or “Toddler”. 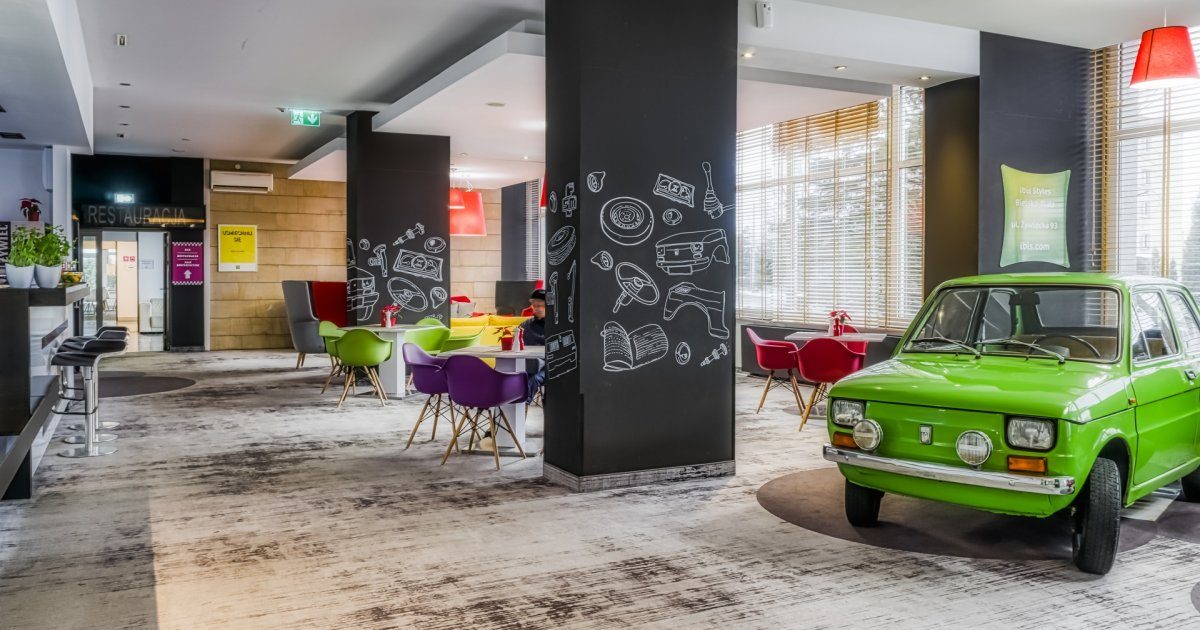